Piedmont Animal Health (part of Piedmont Pharmaceuticals) is led by a team of experienced veterinary pharmaceutical innovators that has developed, launched, or marketed more than 15 companion animal health products. 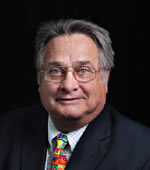 Broadening his expertise, Hepler then served as a senior research specialist at Ciba Animal Health (which became Novartis Animal Health), where he developed compounds and concepts into commercially viable animal health products. Later, as vice president of the company, he oversaw various facets of corporate management, including the raising of capital, hiring personnel, and supervising the product portfolio.

Before earning his doctorate, Hepler received a Bachelor of Science degree in biology from Pennsylvania’s Lock Haven University. His work has been published in a number of scientific journals, including the Journal of Animal Science and the American Journal of Veterinary Research.